Do Acupressure Mats Help with Fibromyalgia? 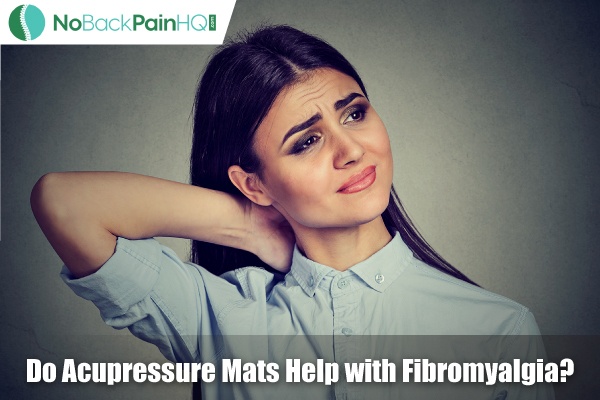 Fibromyalgia is a common disorder characterized by widespread, chronic pain and fatigue. Because the cause is unknown, there’s no one treatment which works for everybody. As fibromyalgia sufferers know all-too-well, there’s also no shortage of fibromyalgia treatments available. But while some are effective, others are simply a waste of time.

What are Acupressure Mats?

Acupressure mats are thin foam pads which are typically wider than a person’s shoulders and about two to three feet long. The mat is covered with hundreds of small circles. Each circle contains about a dozen needles. These aren’t metal needles which can pierce the skin. Instead, they’re made from durable ABS plastic.

Done correctly, stretching out on a bed of plastic nails is not only safe but also therapeutic. Because the pressure of the nails is evenly distributed across the body, all of the nails working together provide total support.

The Science and Healing Philosophies Behind Acupressure Mats

The sharp plastic nails press into the skin without breaking through it. This applies pressure to various points throughout your body. Acupressure is an ancient healing treatment which deals with the body’s flow of energy.

Practitioners of acupressure believe our bodies contain a network of meridians. These are lines of communication between the major organs. They’re different than traditional systems such as the digestive, circulatory and neurological systems. Instead, these are invisible pathways which connect both physical and emotional body operations.

Flowing through these meridians is an energy force called Chi. This invisible energy keeps all systems of the body in balance. Accidents or injuries can block the flow of Chi. Unblocking the Chi allows powerful healing energy to restore balance to the body.

If this healing philosophy sounds familiar, that might be because it’s also the foundation for acupuncture. Only instead of pressing needles against the skin, acupuncture treatments insert needles through the skin so they can stimulate the pressure points directly.

Western medicine recognizes the healing powers of acupoint therapies, although it doesn’t place much emphasis on chi or meridians. Instead, the Western view believes the needles/pressure cause the central nervous to release hormones and neurotransmitters which dull pain and boost the immune system.

What Causes Fibromyalgia and How is it Treated?

Fibromyalgia is a chronic disorder characterized by on-going muscle pain and near-constant fatigue. Although anyone can have fibromyalgia, it’s most common in women and the elderly. The cause is unknown although genetics, stress and sudden injuries all likely play a role.

Treatments for fibromyalgia are varied. Some people respond well to exercise, especially gentle stretching found in yoga and tai chi. Other people require pain medication and SSRIs in order to function. Other, more holistic treatments such as biofeedback and acupuncture also provide relief for many.

How Does an Acupressure Mat Help with Fibromyalgia?

Acupuncture provides relief but can also be a bit of a hassle. Fibromyalgia is a chronic condition which typically can’t be cured completely, only managed. The problem is that acupuncture sessions require an appointment with a professional acupuncturist. Scheduling regular appointments can be expensive and time-consuming.

An acupressure mat can provide similar relief at home, without requiring an appointment. Plus, acupressure sessions are typically much shorter than acupuncture ones. It’s easy to lie down on the mat to quickly prevent a fibromyalgia flare-up from developing.

How to Use an Acupressure Mat to Treat Fibromyalgia

Acupressure mats require a three-stage process to use safely. Even a person without fibromyalgia requires time for their skin and muscles to adapt to the new sensations of the acupressure mat. If you have fibromyalgia, you’ll want to gradually use the mat at firmer and firmer pressure.

Eventually, you’ll be able to use the mat when placed on a hard surface like a floor. This provides fairly strong pressure on your back, and the most stimulation for the pressure points. By now, you should be able to lie comfortably on the mat for upwards of 45 minutes.

Acupressure mats will likely cause some soreness and stiffness, especially after the first few uses. Unfortunately, fibromyalgia patients – who are often very sensitive to pain – tend to suffer more discomfort than most other mat users. But hang in there. The first few minutes on the mat might be uncomfortable, but eventually you’ll feel a warming/cooling sensation which is usually very pleasant. 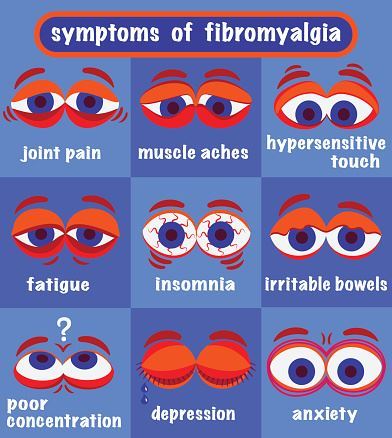 Fibromyalgia affects people differently. There are 18 major pressure points such as the shoulders, hips and neck which are often used to help diagnose the condition. Every fibromyalgia sufferer has different degrees of pain across those points.

Acupressure allows for the targeted treatment of specific points. In many cases, you can simply line up the mat with the problems areas. For instance, if your neck is stiff, you’ll want to make sure the plastic needles cover that area.

However, sometimes targeting the meridians can produce better results. For instance, standing on the mat can stimulate pressure points in the feet which can help relieve neck stiffness. Understanding the connections between meridians can be complicated, however, so you probably want to consult with a professional for info specific to your needs.

Acupressure mats don’t provide instant relief – at least, not when you’re first starting to use them. It will take a week or two before you’ll really feel comfortable on the mats. But regular use can help decrease fibromyalgia symptoms significantly over time.