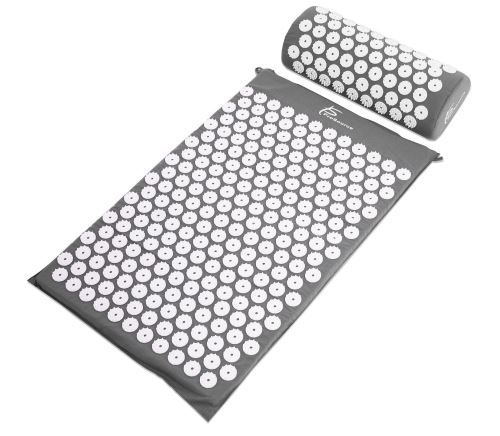 Do you suffer from chronic back pain? What about sleep troubles? Is your back preventing you from enjoying life in the way that you formerly did?

If so, you may find the solution to your troubles in the form of an acupressure mat. Acupressure mats actuate your back’s pressure points such that your nervous system reduces your pain and calms you down.

Acupressure mats are safe, effective, and inexpensive. In this article, we’ll review one of the best acupressure mats on the market today so that you’ll know exactly whether it’s the right solution for your chronic back pain.

The ProSource Acupressure Mat and Pillow Set for Back/Neck Pain Relief and Muscle Relaxation is a trendy and effective acupressure mat that has appeal for a wide range of users with back pain.

As far as acupressure mats go, few are as well rounded and easy to use as the ProSource mat.

The Spikes That Matter

The ProSource acupressure mat is notable among its competitors because of its middle-of-the-road spike setup.

The spikes are arranged in pucks, and each puck has a moderate number of spikes in comparison to other acupressure mats. Furthermore, each spike is not too sharp, nor are they too blunt. The spikes are made from a BPA-free plastic material.

These spike features may sound pedestrian but, in fact, they are part of the mat’s value. Some acupressure mats have spikes which are too blunt, too few, or vice versa. These mats may be targeted at advanced users or people with serious pain.

But they’re typically not right for the mainstream audience. The ProSource mat is great for beginners or experienced users alike because its spike setup is easy to tolerate yet shockingly effective.

You won’t need to opt for a harsher spike setup to get the benefits of pain reduction and increased blood flow.

How To Use The Mat

Following this simple regimen once or twice per day with the ProSource mat will provide immediate and long-lasting pain relief.

You’ll also feel much more relaxed and have an easier time regulating your body’s temperature. Some commentators even claim that using an acupressure mat helps with digestion and muscle endurance.

How To Clean The Mat

The more you get into the habit of using the ProSource mat, the more you will likely need to clean it.

Luckily, cleaning the ProSource mat is very easy. Slip the foam out of the mat cover with the spike pucks, and set it aside. Then, invert the mat cover so that the spikes face inwards.

Then, with a gentle soap or detergent, hand wash the fabric of the cover on the smooth side. Let it air dry to be completely desiccated before inverting it and slipping the foam mat back in.

What Customers Are Saying

The ProSource mat is one of the most popular acupressure mats on the market, which means that there are a lot of opinions on how effective it is.

The majority of reviews are pleased with the ProSource mat’s pain-relieving capabilities. A few users state that they had had better experiences with other acupressure mats when it came to relieving their anxiety, however.

Importantly, the reviewers who faulted the ProSource mat’s ability to relieve anxiety did not state that it was ineffective for anxiety relief. Instead, they stated that they had felt other acupressure mats reduced their anxiety more than the ProSource mat.

Remember that the primary strength of acupressure mats in general is to relieve back pain -- a task that the ProSource mat is more than competent to handle.

The other aspect of the ProSource mat which you should know about is that it might be a bit uncomfortable to start. 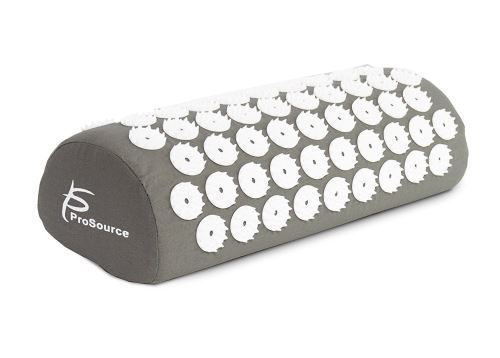 Owing to the fact that many reviewers purchased the ProSource mat as their first acupressure mat of any kind, there are a number of comments describing initial discomfort while starting off with it.

These reviewers subsequently commented that they grew to tolerate the pain quickly and that it resided with time.

This supports the idea that the ProSource mat is great for beginners, especially because there were no comments stating that they were incapable of using the mat as a result of the initial discomfort they felt.

Several reviewers stated that while the ProSource mat had great value, it didn’t fit within the acupressure philosophy which they were taught. By this, they meant that the spikes on the ProSource are less sharp and more numerous than on more serious acupressure mats.

These more serious acupressure mats are far less comfortable, however. Reviewers seeking a therapy grade acupressure mat will probably find the ProSource to be a bit too comfortable to accomplish their goals, even if other users claim that it is uncomfortable.

Likewise, more experienced acupressure mat users will find that the ProSource is a worthy addition their arsenal, offering an actuation of pressure points which is neither too severe nor too gentle to accomplish pain relief.

This mat’s only real weaknesses are that it is slightly heavy owing to its foam interior and that it may not be very effective for relieving anxiety. While the mat is still somewhat effective at relieving anxiety, its real strength is in reducing back pain.

For these reasons, the mat earns four and a half stars out of five from our team.